*Sent mailings to River residents, soliciting feedback on what seemed, and was later validated, to be shared safety and environmental concerns.

* Held meetings with Sgt. Kennedy and DNR, voicing concerns over, and offering ideas to enhance the river environment, safety, and tranquility.

*Worked with Sgt Kennedy and redesigned new No Wake signs.

*Designed a Waterway Informational pamphlet for use by the Cheboygan River hotels to educate their guests on the Inland Waterway.

*Reached a consensus - work together to positively "Move The Needle".

* Awarded Appreciation Certificates to guests, and to Lisa Kelso - Pier 33 Manager, for her providing our meeting location.

*Printed and distributed Waterway Informational pamphlets that included No Wake laws information, to hotel owners for their boating guests.

*Posted new No Wake signs ( Lincoln Street launch, pilings at Black River, Fleetwood Inn docks, piling at the mouth of river in Mullett Lake ) more to be installed in 2018

*Retrofitted old No Wake signs to the new design. - new laminate displays No Wake for "Entire Cheboygan River" vs. the old " No Wake Zone". ( The Forks launch, Pier 33 dock ).

* Promoted the C.R.P.A.'s mission through appearances in multiple news articles and a TV news interview - enjoyed wide distribution and viewership.

*Appeared and participated in Cheboygan's Fourth of July Parade - handed out flyers and candy of course!

* Held October Member Meeting, where we elected Officers and Board members and discussed planning for a fun member event for Spring 2018.

* Heightened awareness for the need to improve river tranquility and safety.

*Noted enhanced patrols by the Cheboygan Sheriff Marine Division, the DNR, and USCG - started to "Move the Needle".

Some Pictures of things we did in 2017

*Received 2017 Cheboygan Sheriff Marine Division statistics for the 2017 and noted a significant increase in patrols and boater interactions.

*We will be donating to the Cheboygan Marine Division's Boater Safety Class, in cooperation with Sgt. Kennedy, to cover lunch for all the kids taking the course.

*Planning started for installation of more No Wake signs, with promise of additional funding from the Cheboygan County Sheriff Marine Division.

*Plans made to meet with DNR Lt. Gorno and Sgt. DePew to discuss 2018.

* Reached out to the Michigan State Police inquiring about their marine patrols.

* Reached out to the DNR, DEQ, USACE about dredging the mouth of the river to help with water levels.

* Placed the two approved No Wake Buoy's on the river in the Spring.

* Installed more No Wake Signs along the river to help promote the Law of the river.

* Got approval to place a third No Wake buoy from the DNR.

* Participate in the Cheboygan 4th of July Parade. Handed out candy and flyers.

* Had an informal meeting with Sgt. Kennedy at seasons end.

* Received the 2019 Cheboygan Marine statistics for the 2019 season.

* Placed the two approved No Wake Buoy's on the river.

* Installed 2 more No Wake signs at a strategic spot along the waterway.

* Had an initial meeting with Tip - of - the- Mitt regarding a new multi year study.

* We increased membership via new members. Thanks you!!

*Received the 2020 Cheboygan Marine Patrol statistics for the 2020 season. 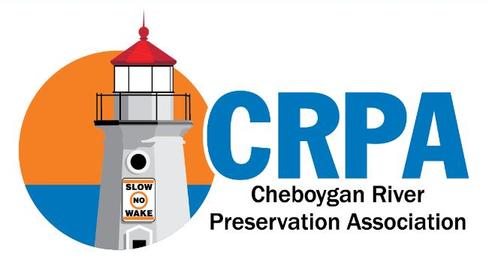